Introduction
Environmental concern caused by inadequate waste management as well as the steps to combat global warming promotes actions toward a sustainable management of organic fraction of the waste. Integrated waste management combines a variety of strategies for both waste management and waste reduction. It may involve burying waste in sanitary landfills and burning waste in mass burn incinerators. Solid waste management has become an issue of increasing global concern as urban populations continue to rise and consumption patterns change. Plastic is the general term for a wide range of synthetic or semi synthetic organic solid materials. Plastics are typically polymers of high molecular weight. They are usually synthetic, most commonly derived from petrochemicals, but many are partially natural. A polymer may contain other additives like plasticizers, stabilizers, lubricant, UV absorbing material, flame retardants to improve performance. Plastics have permeated every facet of human life such as packaging, agriculture, water transportation, building construction, telecommunication, education, medicine ,transportation, defence, consumer durables to name a few. One of the reasons for great popularity of plastics is due to tremendous range of properties exhibited by them because of their ease of processing. Hence the demand for plastics has been increasing in modern living to improve the quality of life. The quantum of plastic waste in Municipal Solid Waste (MSW) is increasing due to increase in population, development activities and changes in the life style. The health and environmental implications associated with Solid waste management are increasing specially in the context of developing countries and regulatory requirements for environmental clearance. While systems analyses largely targeting well-defined, engineered systems have been used to help SWM agencies in industrialized countries since the 1960s, collection and removal dominate the SWM sector in developing countries. We should understand that the waste produced in the course of health care activities carries a potential risk of infection and injury than any other type of waste. The development of a national policy for proper waste treatment may be a significant step to abate Green House Gases (GHGs) emissions through controlled composting processes, mechanical biological waste treatment, waste air treatment etc with methodological prerequisites for proper measurement, data interpretation, planning, adequate financing, team work and administration. 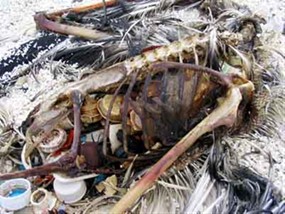 Ways to prevent plastic garbage reaching the environment and other living things
Properly dispose the plastic trash and better keeping separate bin for plastic wastes, keeping strict rules and getting penalty for improper disposals, recycle almost every plastic matter and also avoid using plastics or introducing biodegradable substitutes for plastic, conducting life cycle impact analysis to identify the total impact on the environment. Avoid dumping plastics in landfills as the toxic chemicals may leach out to ground water, or to the soil. Also incineration of plastics has to be prohibited as they release hazardous fumes such as cancer causing dioxin and PCB. It is important to educate the public by keeping awareness programs and encourage them to use compostable substitutes such as paper made shopping bags, cardboards and metals. Internationally there are policy responses to marine litter, some specifically figure out plastic waste such as Annex V to International Convention for Prevention of Pollution from Ships (MARPOL), the UNEP Global Programme of Action for Protection of the Marine Environment from Land-based activities and the EU Marine Strategy Framework Directive (MSFD). The Basel Convention on the control of trans boundary movements of hazardous wastes and their disposal was adopted in 1989, UNEP (DTIE IETC) Global Partnership on Waste Management was created in 2009 has drafted a framework on coordination of different waste management, Barcelona Convention for the protection of the Mediterranean Sea against pollution, or the OSPAR EcoQO initiatives or HELCOM convention’s Strategy on Port Reception Facilities for Ship-Generated Waste in the Baltic (Galgani et al. as cited in European Commission, 2011). Global Programme of Action for the Protection of the Marine Environment from Land-based Activities and the EU’s recommendation on Integrated Coastal Zone Management involved in trans boundary movement of plastics (Galgani et al. as cited in European Commission, 2011).

Management of Plastic Waste
Plastic wastes are being generated at rapid rate of urbanization in India. Waste generation rates are often affected by socio-economic development, degree of industrialization, sector of operation and climatic conditions. Municipalities, local authorities and the communities-at-large encouraged by legislation have created regulations for waste management, aiming to reduce the amount of waste disposed on landfills through selective collection, reuse, recycling and recovery of various solid waste. In countries where waste management systems are considered to be advanced, plastic waste disposal is managed by one of the methods viz reuse, recycling, landfills or incineration.There should be inclusion of a heavy penalty for non-compliance with the rules for effective implementation. India generates almost 1.5 MT of plastic waste every year.
Less than a quarter of the waste is being collected and treated. Reuse, Recycling, Incineration and Landfill- How safe?
To reuse is to use an item again after it has been used. This includes conventional reuse where the item is used again for the same function, and new-life reuse where it is used for a different function. In contrast, recycling is the breaking down of the used item into raw materials which are used to make new items. By taking useful products and exchanging them, without reprocessing, reuse help save time, money, energy, and resources. Energy and raw materials savings as replacing many single use products with one reusable one reduces the number that need to be manufactured. Recycling is a process to change waste materials into new products to prevent waste of potentially useful materials. A landfill site also known as dumping ground is a site for the disposal of waste materials by burial and known to be oldest form of waste treatment. Historically, landfills have been the most common method of organized waste disposal and remain so in many places around the world. The recycling sector in India is dispersed between the formal and informal sector. Formal recycling units are registered, pay taxes and municipality has an account of them. Some landfills are also used for waste management purposes, such as the temporary storage, consolidation and transfer, or processing of waste material (sorting, treatment, or recycling). A landfill also may refer to ground that has been filled in with rocks instead of waste materials, so that it can be used for a specific purpose, such as for building houses. Unless they are stabilized, these areas may experience severe shaking or liquefaction of the ground during a large earthquake. Incineration is a waste treatment process that involves the combustion of organic substances contained in waste materials. Incineration and other high-temperature waste treatment systems are described as “thermal treatment”. Incineration of waste materials converts the waste into ash, flue gas, and heat. The ash is mostly formed by the inorganic constituents of the waste, and may take the form of solid lumps or particulates carried by the flue gas. 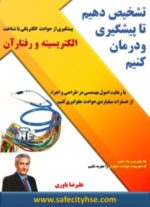